Watch Neil Patel Video: Welcome to Growth Hacking Unlocked! Free Course with Neil Patel | Growth Hacking Training. Today is a new day, and we're going to be covering a new training course called growth hacking unlocked, where I teach you everything you need to know about growth hacking. You're going to be learning from me as well as other founders who have created successful companies like Microsoft. We're going to go over what companies like Microsoft did, what worked well for them, what didn't, and how you can take all these lessons from all these companies as well as all the things we've learned at my ad agency, Neil Patel Digital, and implement them within your business.

So when I break down growth hacking to you, just make sure you pay attention because the tactics will work and they will help you grow faster.

So that way they can make better informed decisions. One of the entrepreneurs that I love to death is Bill Gates. You guys all know Bill Gates, he's super rich. And mainly for Microsoft. And back in the day, Microsoft ended up going public in the early days during the.com boom, they were massive.

So let's go over a rough timeline. Microsoft, it was started when Bill Gates went to Harvard University, dropped out in 1974. He created Microsoft with Paul Allen who they've been good friends since they were kids. In 1976, when he formed a contract with MITS to develop a basic operating system for their new microcomputers, that's when things really started to take off.

Now, notes from the idea man himself, shortly before labor day, Bill checked into a hotel with three legal pads and 10 pencils. Five days later, he came out with thousands of bytes of assembly language and code. He typed it into a terminal, handed the legal pads and said, okay, you're going to have to finish debugging it. I've got to go. Then he was off to Harvard. As the company grew and executive duties multiplied, Bill would then get fewer opportunities for such high-wire creativity. In a way, that was too bad, and he had a rare gift for programming.

Then he would focus at one task at a time with total discipline. You could see it when he program. He was one of those guys that was just super laser focused. And that's how he really had that big breakthrough with IBM.

When you start looking in the 1980s, IBM approached them for a new basic operating system for its new computers. IBM was 6% of the S and P at the time, that made Microsoft a really rich company. The Windows release in 1990 and Microsoft released the first version of Windows alongside with Apple, this was the first graphical user interface. It soon became a bestseller and was able to capture most of the operating system market.

When you think about the history of Microsoft, all of Bill's blood, sweat, tears, even his ego, it all went into Microsoft. And then later after tirelessly working for a quarter of a century to make Microsoft a great company, creating one of the biggest software companies in the world that pretty much everyone had within their home. He was super successful.

So let's go over some business lessons, right? The company's initial public offering in 1986. And from there, it continually rose in price. And eventually they had to do stock splits to get the stock to reasonable price so more people could afford it. It created three billionaires, Steve Ballmer, Paul Allen and Bill Gates, of course. And it also created an estimated 12,000 millionaires among the employees.

The big takeaway, in the tech field, there's tremendous pressure, even when you're doing really well. You must run incredibly hard just to hold your competitive position.

One thing that I love about Bill Gates is this quote, "Take away our 20 best employees, "and I tell you that Microsoft "would become an unimportant company.


► If you need help growing your business check out my ad agency Neil Patel Digital @ https://neilpateldigital.com/ 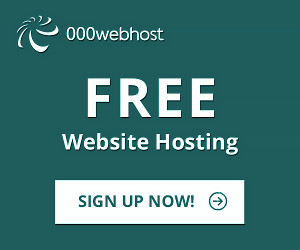